We learnt about Symbols and the Symbols found in the Tarot Card. Members was given a question by myself and using symbols and interpreting them, gave me an answer to the question , and all was very positive. Members was then told to write down a question for themselves and fold over the question.They was then asked to write any symbols down and what their interpretation of the symbol was. They then did this using a Tarot card, and finding symbols in the Tarot card and what their interpretation of the symbols was.Members then compared both sets of symbols to see if they was the same or different. Both was the same, and both answered their question. 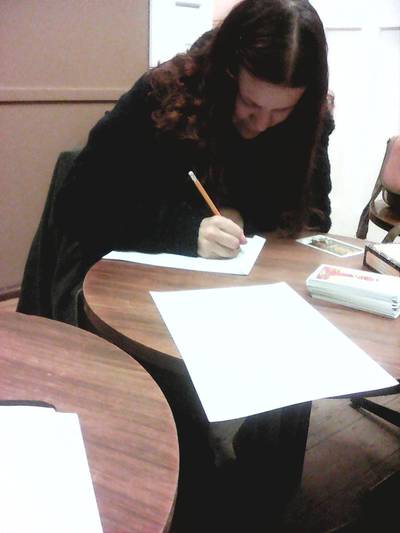 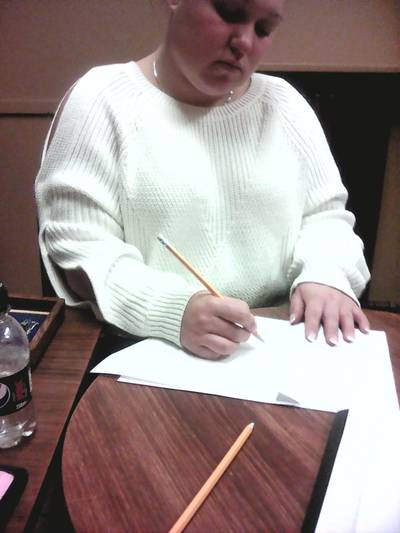 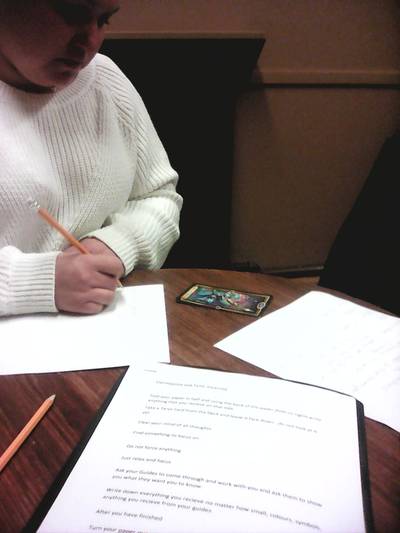 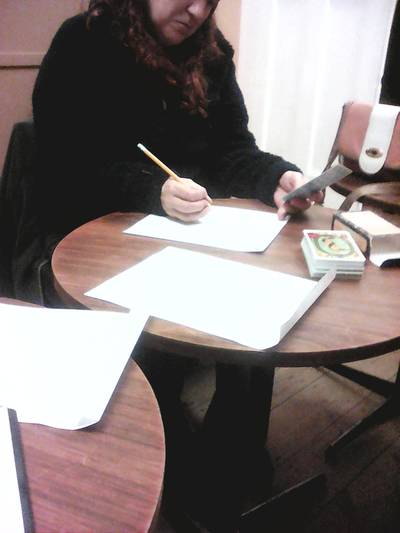 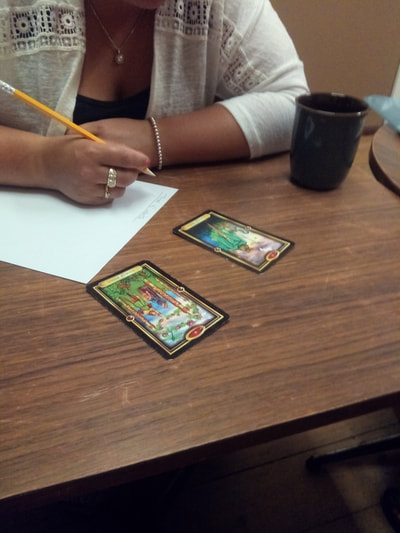 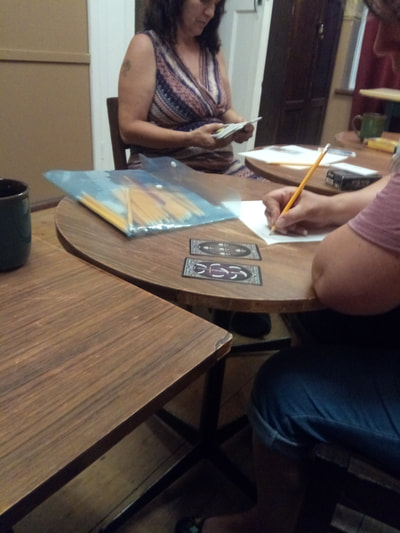 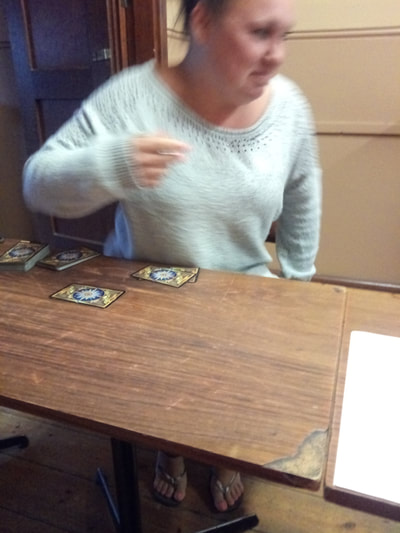 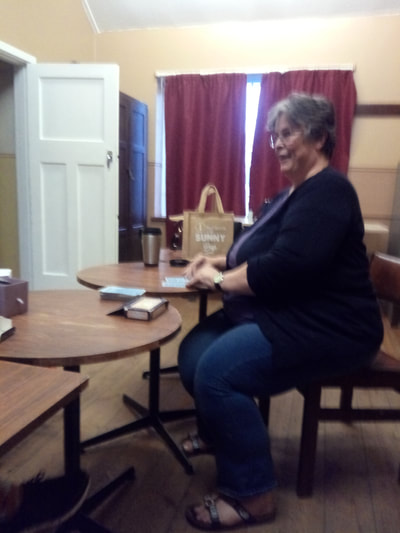 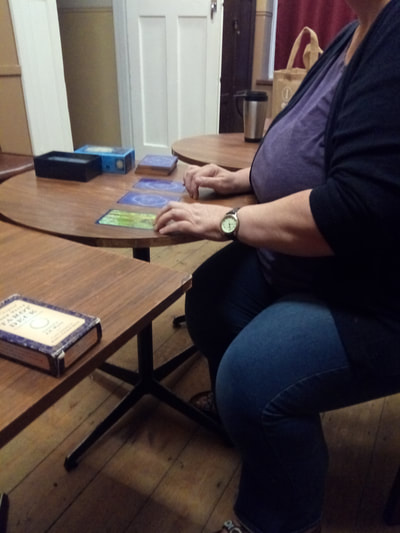 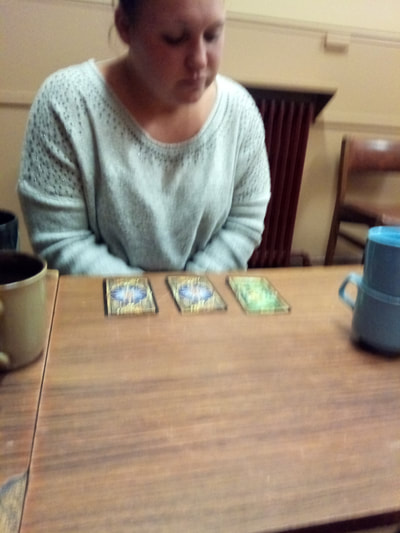 Everyone was pleased with their results and enjoyed this exercise. They was asked to do this for a week , and hopefully will come back with some positive feedback.

The Symbols in the Card 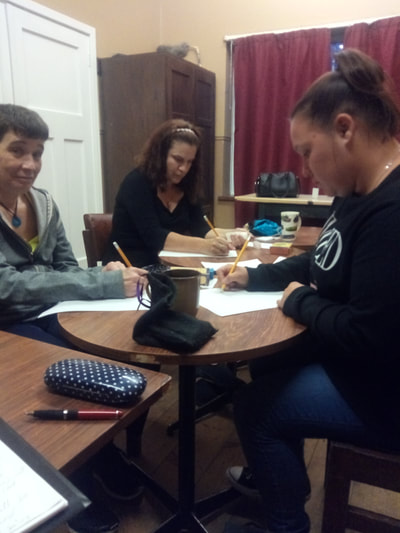 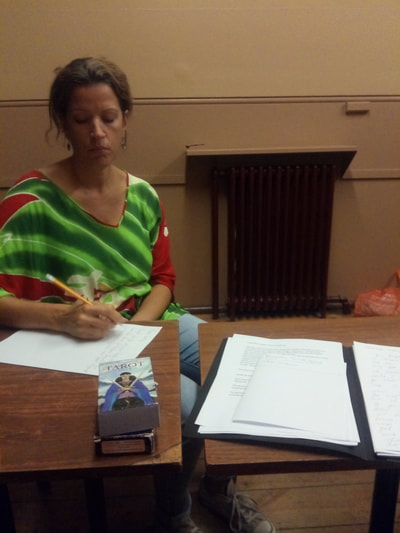 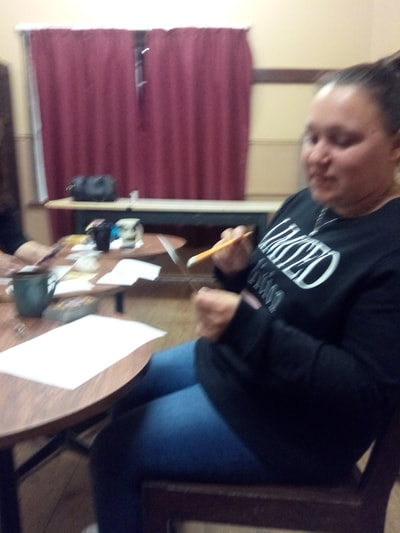 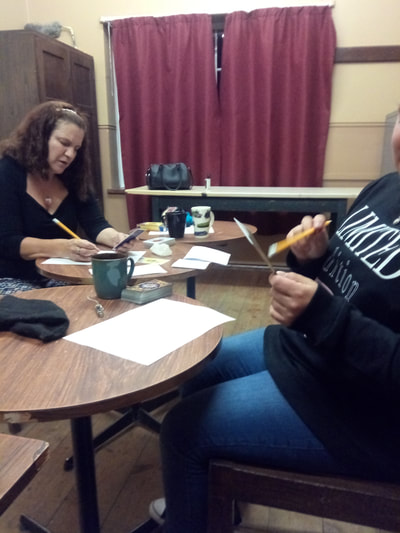 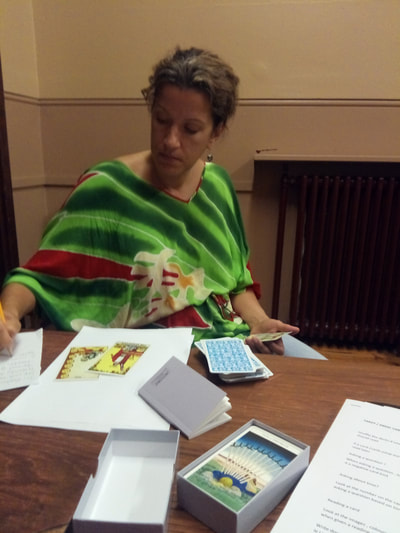 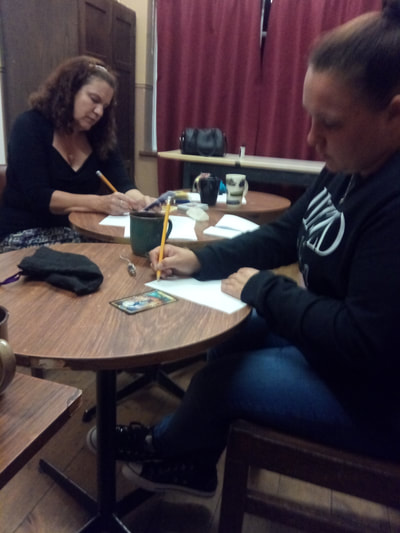 Members was asked to draw a card from the deck and focus on what they see, looking for colours, numbers, any symbols and write down what they meant to them. and interpret them. They discovered that the cards do not always have the same interpretations and everyone sees the cards differently. I gave an example to Charlie's amazement she saw  a different way of looking at a certain card. Whist Louise saw a certain card and interpreted it different to what she saw in the booklet. And Diane interpreted a card differently to how she first saw it. I showed them how to look at a card , and then look again at what they was seeing now.

More Symbols In The Tarot .... 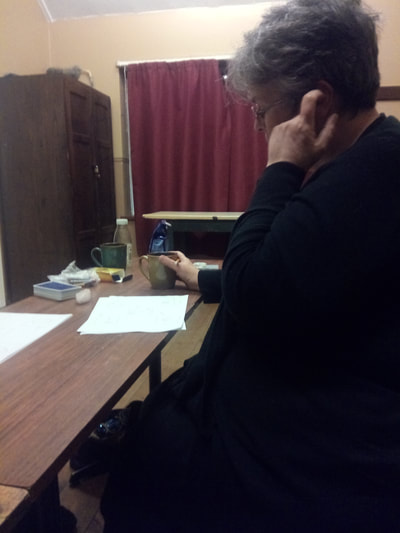 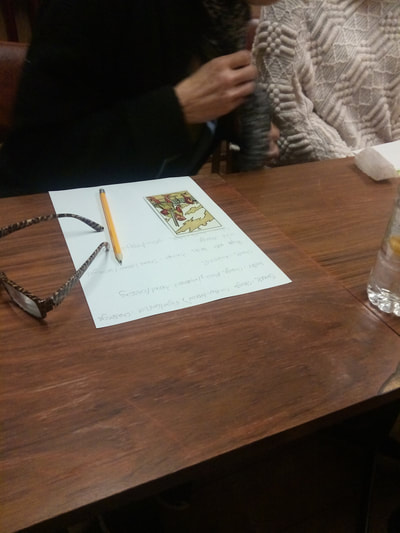 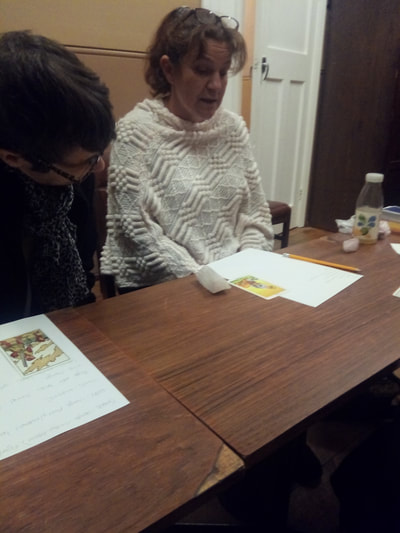 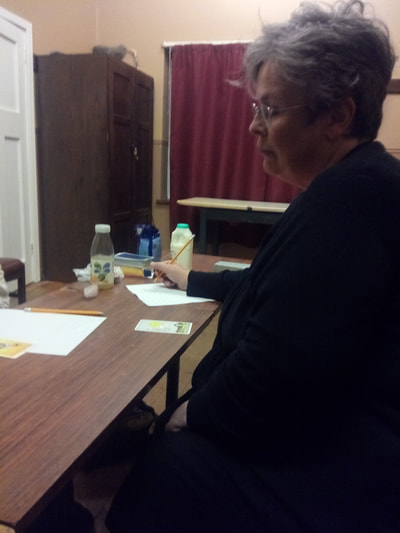 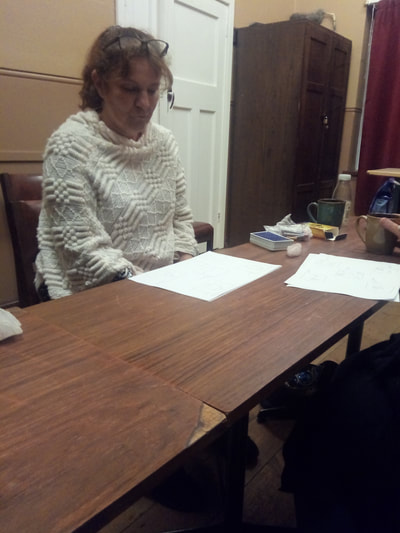 October 7th 2018 : We looked at the symbols in the Tarot cards this week and members was asked to write down as many symbols they could see in the Tarot card they drew from the deck. They then wrote a list and gave their interpretation of each symbol.
Members was then asked to read the card using their interpretations. Emma did extremely well , as did Diane. Dawn also did brilliantly as she had a new Tarot Deck and it was the first time she had used this deck. Well done everyone !!
Tarot  10
Please note : Not all of this Exercise is shown in detail ​​~  Mary Misselbrook 2012  - 2020 ©
Powered by