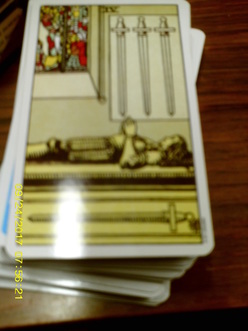 Each Member bought something they could hide in the hall , as if they had lost it. Members was then asked to draw a cards from the deck and focus on the images and use that card to find where to look for the lost item. Every one enjoyed this Exercise as they discovered the clues was in the Card and once they established that, they know where to search and find their item.And they did !!

Members was asked to Read my cards , I drew three cards from the deck, and I asked that they use the Middle card as a focus card. So they focused on that card first rather than the cards on the left and right. As they maintained their focus on the middle card they would soon feel drawn to the left or right . 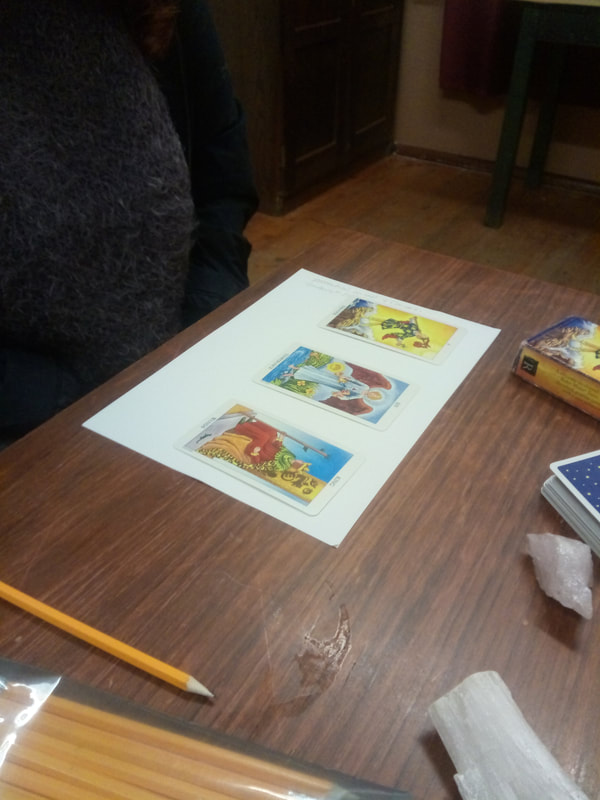 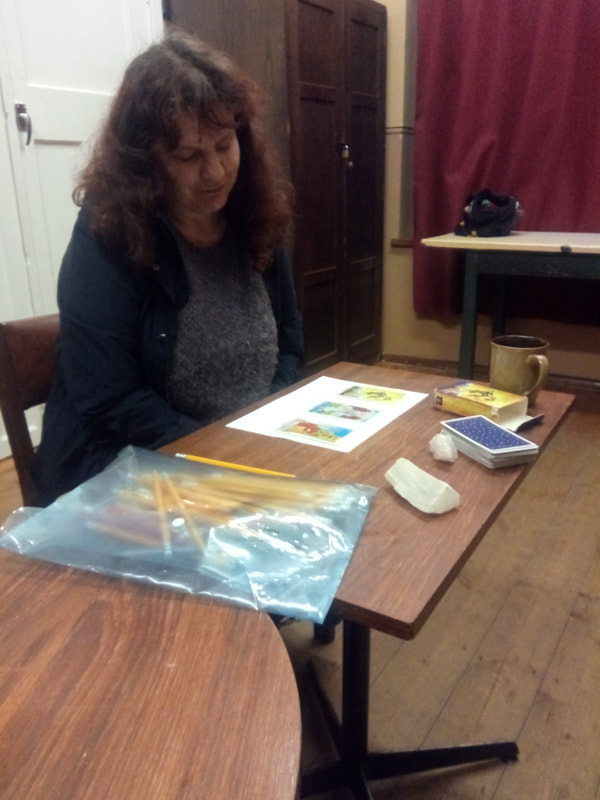 This gave a different way of reading and one that was very spot on indeed.

We also learned about "Upright " and "Reversed " Tarot Cards and what do they mean. We learned sometimes they can mean the opposite to the Upright position, but we also learned that even though Reversed, it's not always a negative meaning nor a positive meaning. 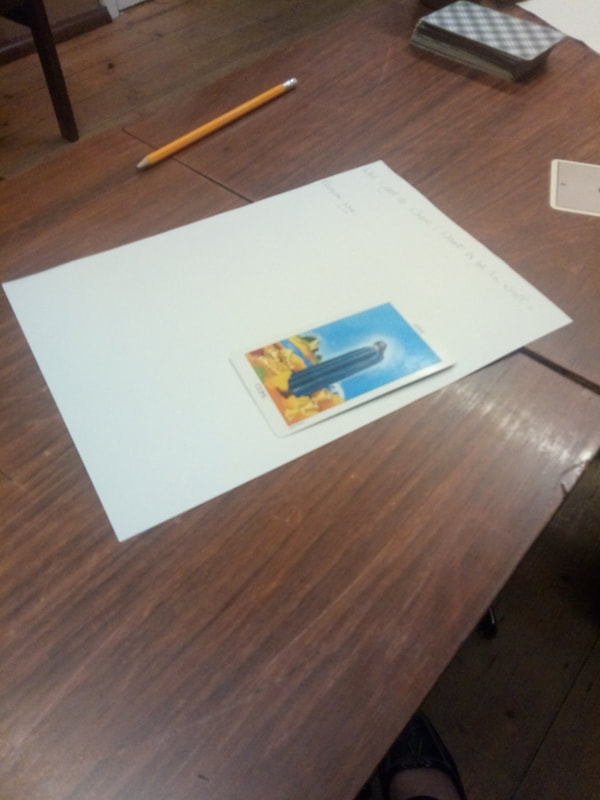 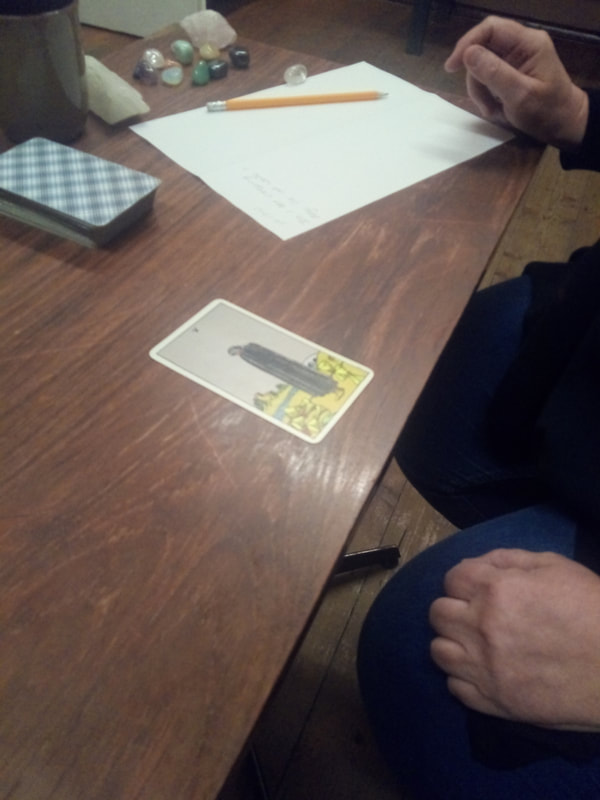 Members was asked to pull one card from their decks and ask a question. Two members drew the same card (five of cups ) and unknown to them both asked similar questions regarding Work and both found that their readings was similar to each others . This could only indicate they was in tune with each other.

What better way to ask your Members when you want a question answered. It's good practice for them and I am amazed at their three card readings. I asked a very personal and private question and using different Tarot Decks received positive answers, virtually saying the same thing but  different interpretations. 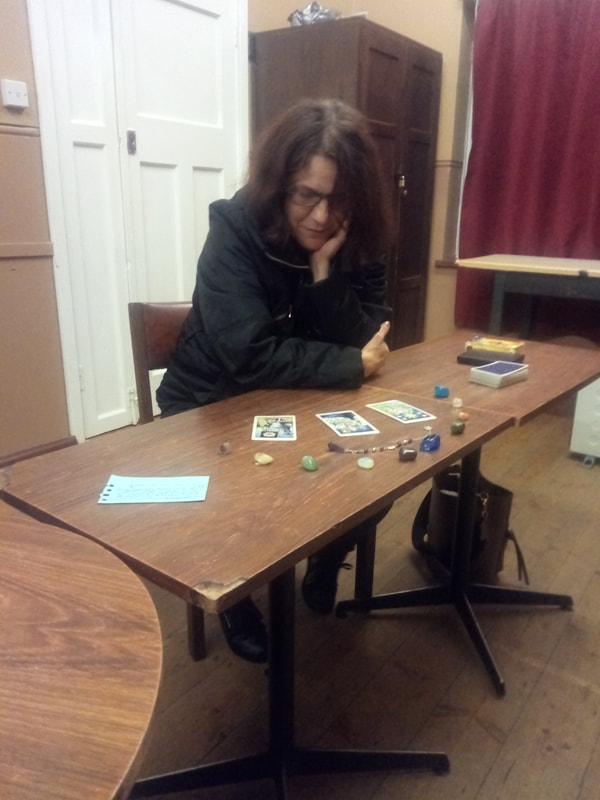 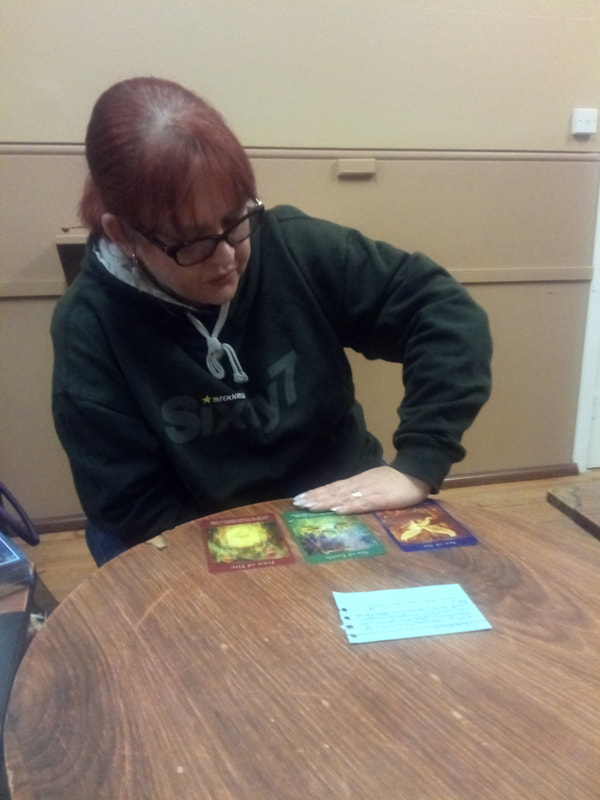 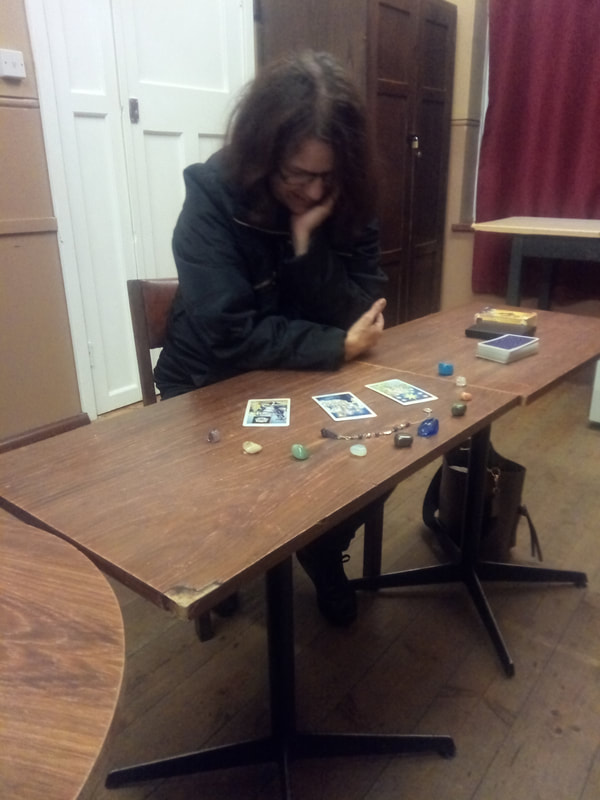 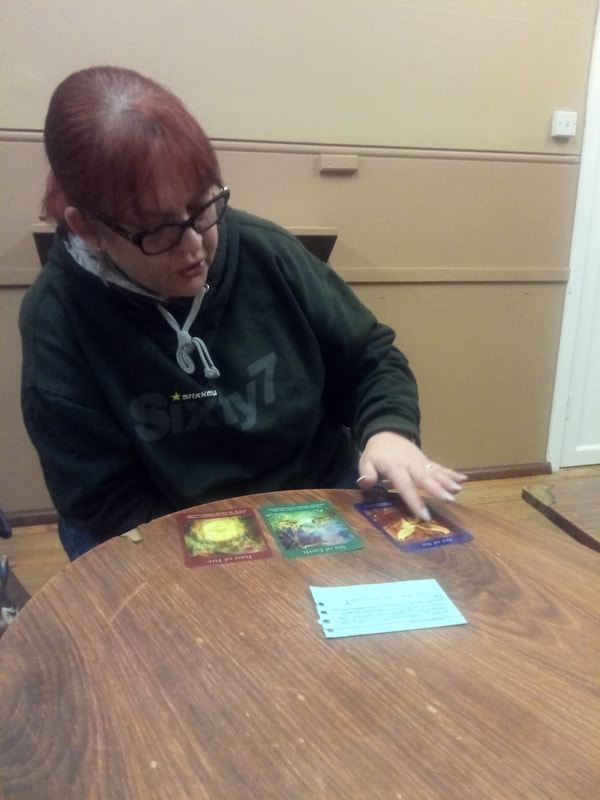