For this Exercise Members was given a sheet of paper and asked to fold it in half , with the fold facing right . They was asked to work with their Guides and ask them to reveal anything they wished them to know ie symbols, signs, messages ect.
​ 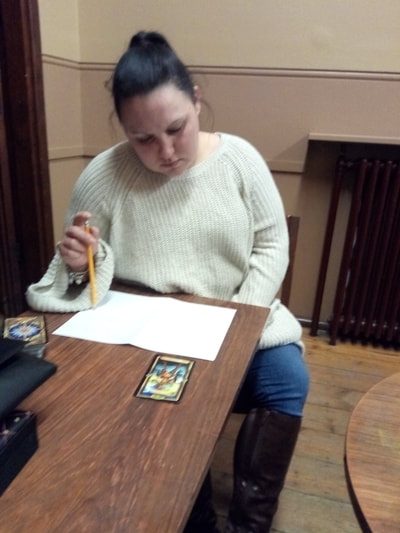 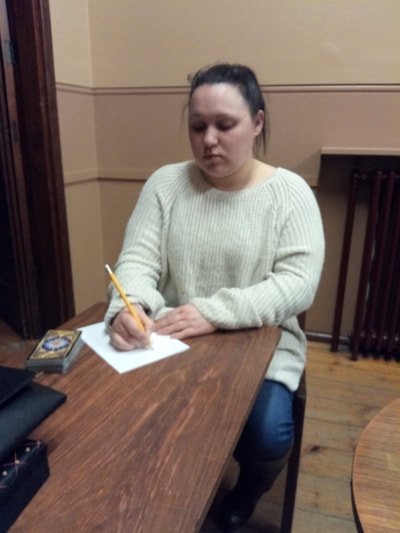 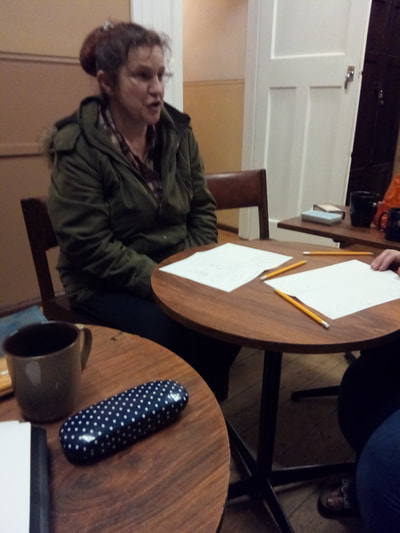 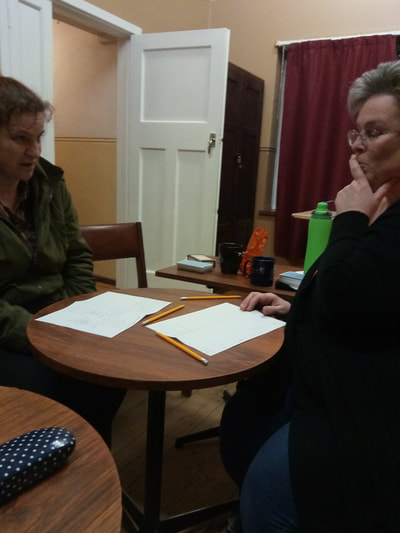 Members was then asked to turn the paper over so the fold is facing left and draw a card from their decks. They was then asked to focus on the card and write down any signs symbols messages they received from the card .
Afterwards they was asked to open their sheet of paper and read and compare what they picked up Clairvoyantly and intuitively through the card  with some positive results.
Members said how much they enjoyed this exercise and im sure we will be doing this a few t

We welcomed back Sarah after a break of two years from Circle so this exercise was new to her .Each member was giving a piece of Paper and folding it in half crease on the right members was asked to tune in and connect with their guides and write down anything they was given .Afterwards they was asked to turn the page over so the crease was on the left.Drawing a card from the deck, they was asked to also tune in to their guides and give as much information as they could .Afterwards they unfolded the paper and compared and read both sides to see if both lots of information was the same. Diane seemed to connect with Sarah and most of what she received was for Sarah. 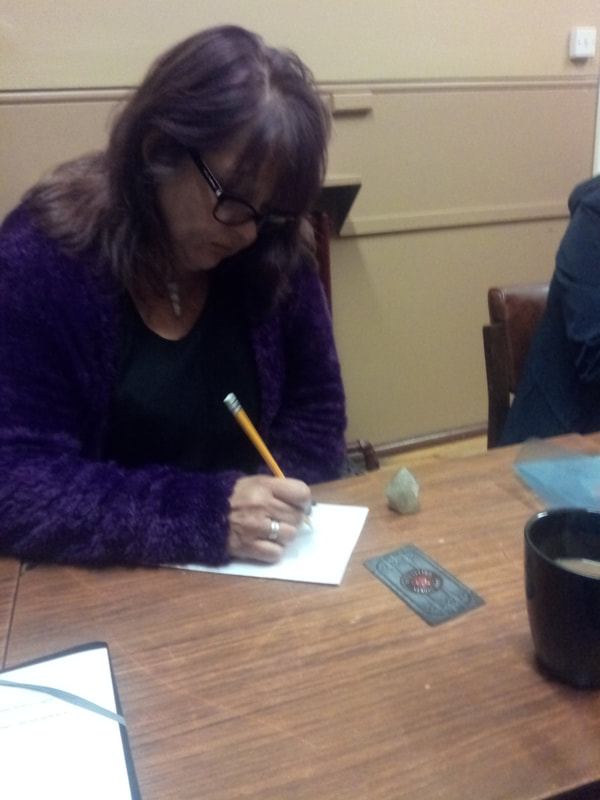 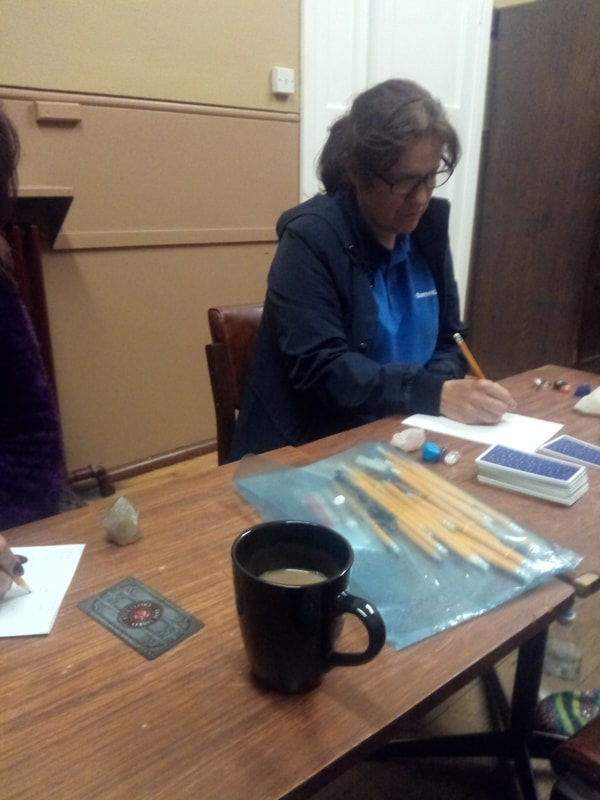 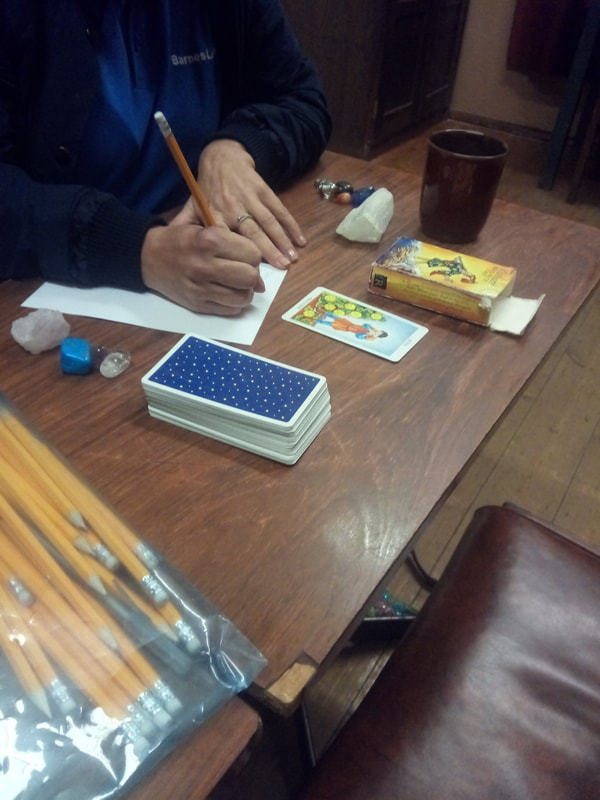 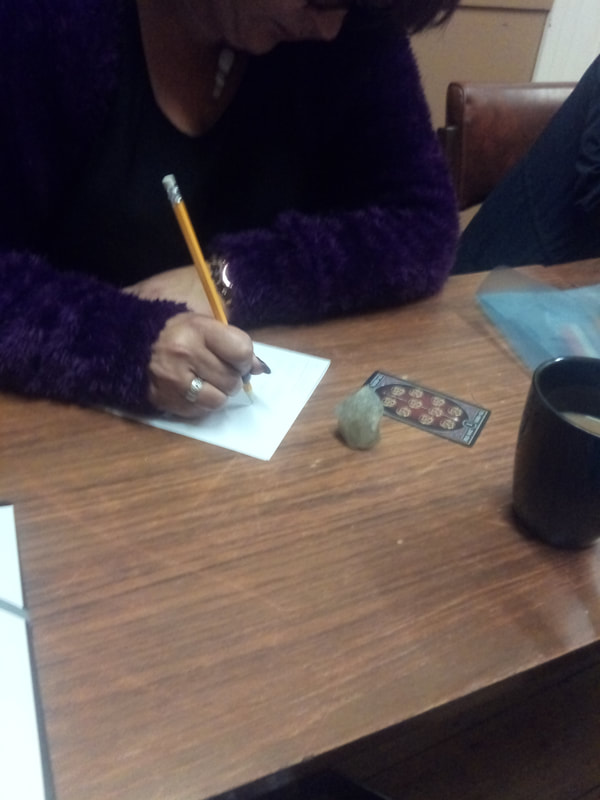