I made a Pendulum Message board and took it to Circle in the hope that we would be able to use our Pendants to receive messages We wrote down what we wanted to ask .Charlie was first to try it out using her Pendent she asked who we had with us Male /Female , it answered Female and gave us a name, age of passing, and a cryptic message which we managed to Decipher .
Diane used her Pendent and at first picked up a Spirit Guide who gave her the name of Max, who passed in the 14th century and the age given was 70 yrs , but we are not sure about this as that is quite an age to live to in that century. 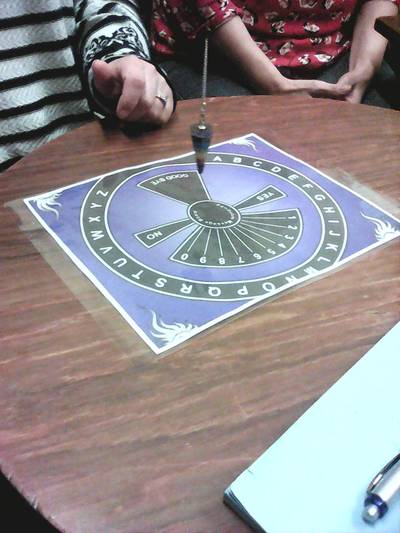 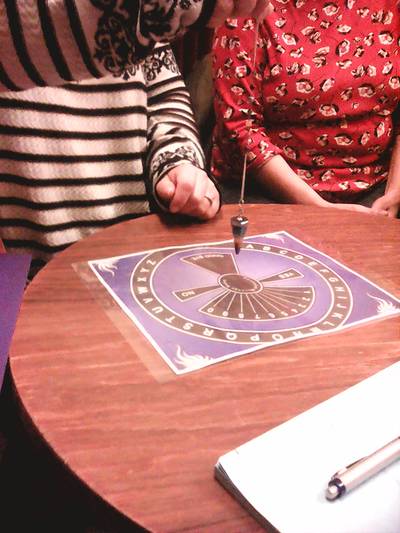 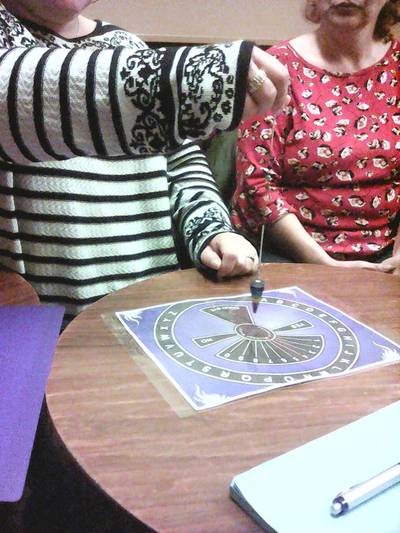 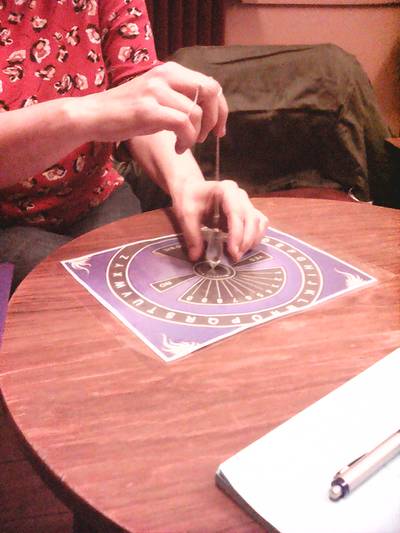 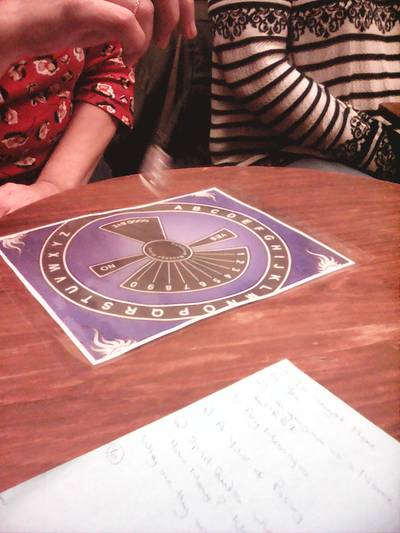 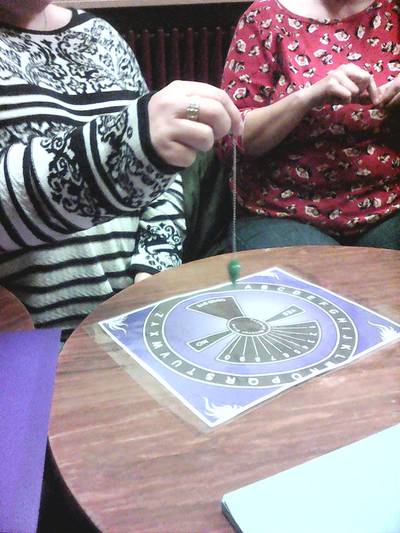 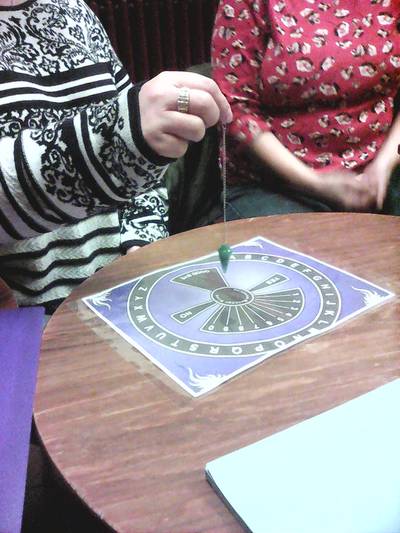 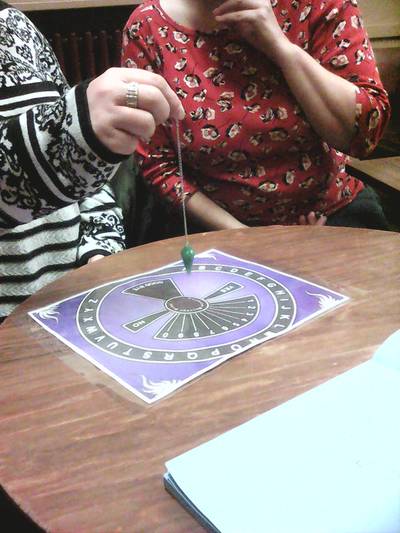 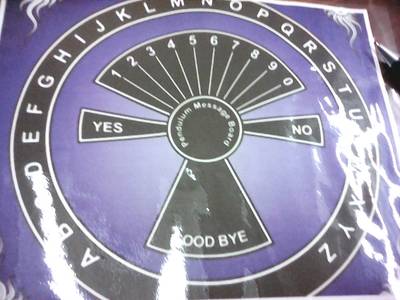