In an Envelope we all added a Tarot card that we was asked to draw from the deck. We all chose a colour crayon as well that we was drawn to.
Charlie then gave us all a piece of paper with a square box drawn in the middle  and we drew a image in that box using the color crayon we chose. We was asked to add as many images we could to the outside of the box and then draw four sections . We then had to add a title to each box . We then placed our drawings , crayon, and envelope together away from the table we used.
Charlie then mixed the crayons up and placed them in a separate pile. and then mixed the paper and envelopes up.
One at a time we went up and when we was drawn to one we chose a crayon, paper and envelope and read them.
We read the four boxes first and left the middle box, we then read the Tarot card in the envelope and it should match the image in the center or have similar images on the card.
Lisa read mine she knew the drawings was mine too and was very accurate , as was other members. 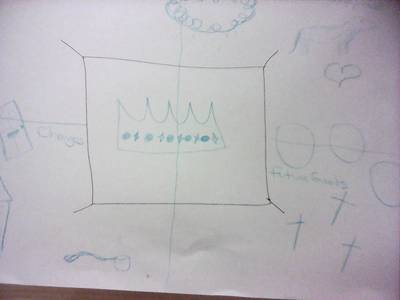 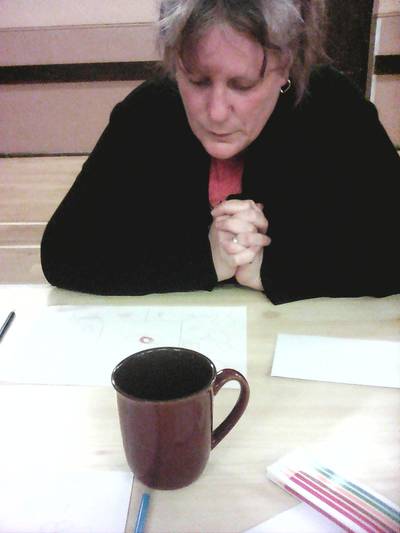 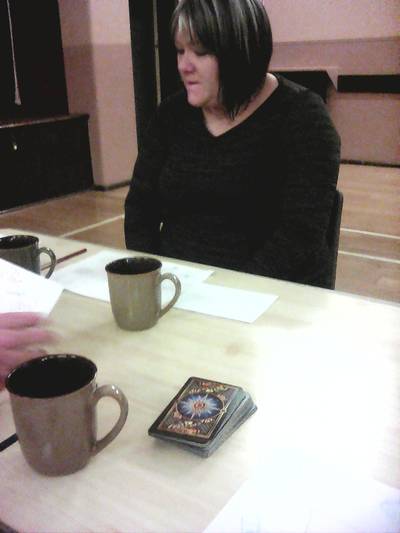 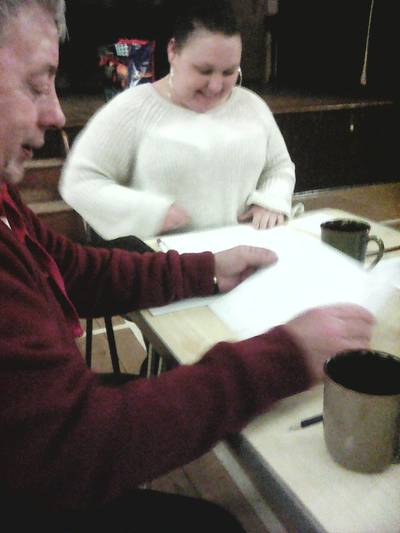 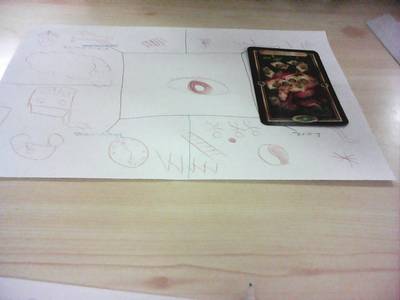 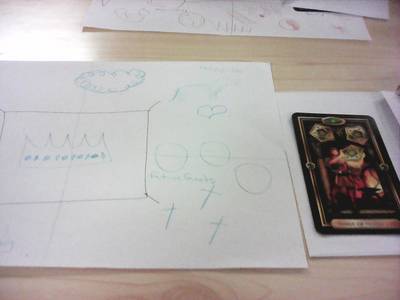 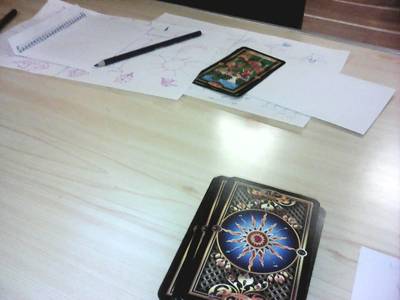