A Few weeks ago Lisa demonstrated Psychic Aura Art and taught members how to see our Auras and draw and colour what we see and then read them for each other.Last night we did this exercise again and read them .With some spot on messages 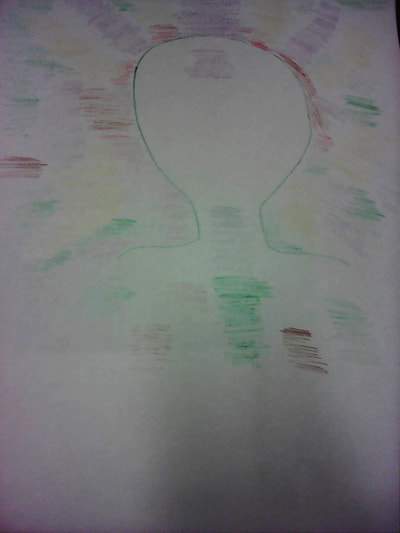 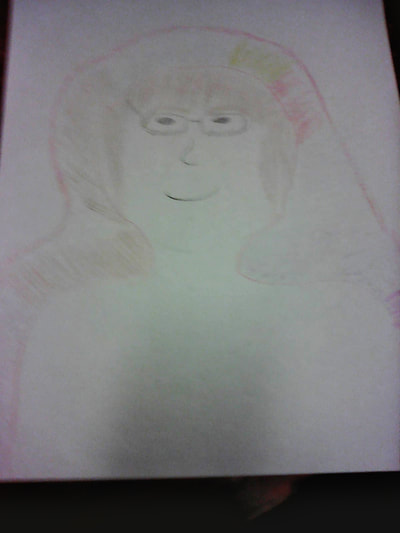 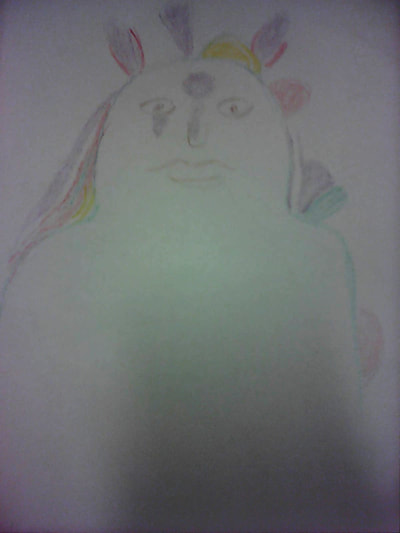 As i was looking at Diane's Aura i noticed images in the drawing , i saw a lady with a wide nose and described her, Diane confirmed this to be her Nan and today sent me a photo of her Nan who had indeed a very wide nose.I also notice a pair of Scissors which Diane could take as Hairdressers scissors and number 38 was seen, which was the age her Nan passed. Also saw an North American Indian which i believe is her Spirit Guide.

15th September 2019
Members was asked to draw a head and shoulders and focus on the person opposite to see what colors they could pick up on and interpret that color and anything else the could pick up .Each one took it in turns to read what they got for each other, and together the colors was interpreted.Members could resonate with the interpretations. Considering this was the first time some members did this they did extremely well and they said they enjoyed doing it. 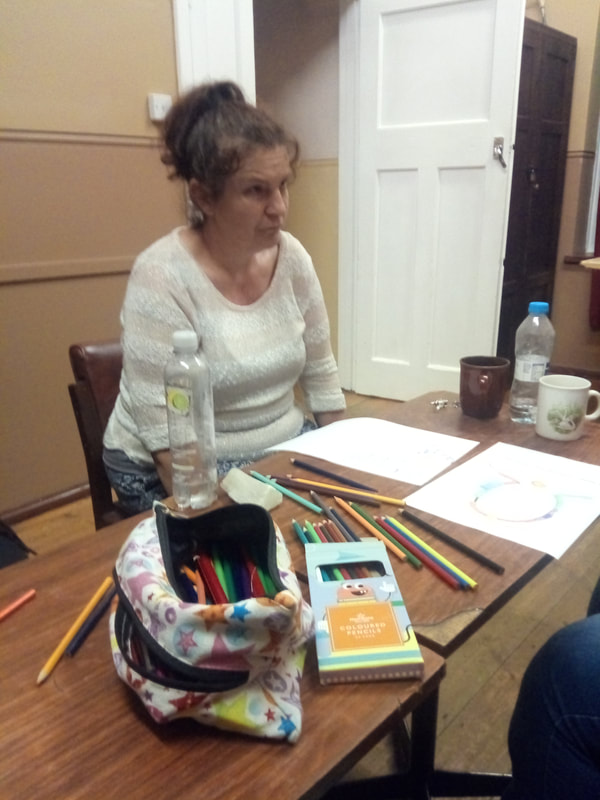 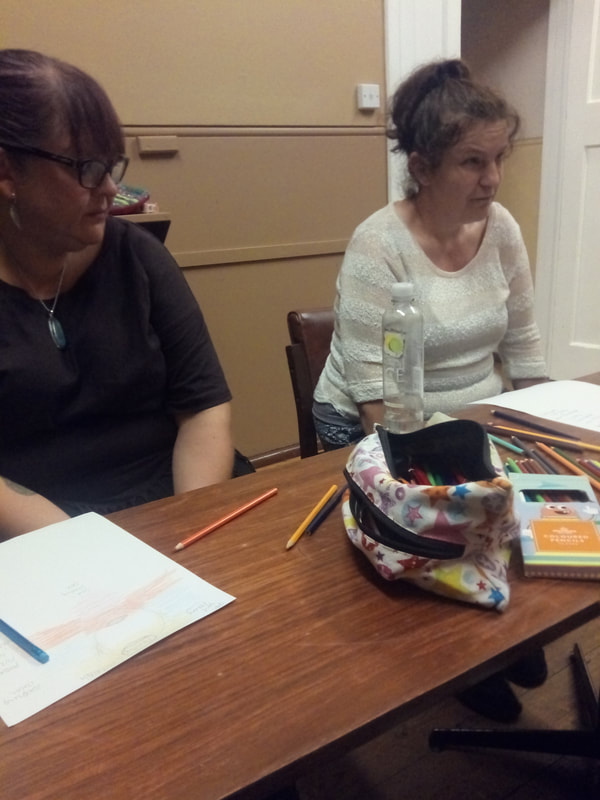 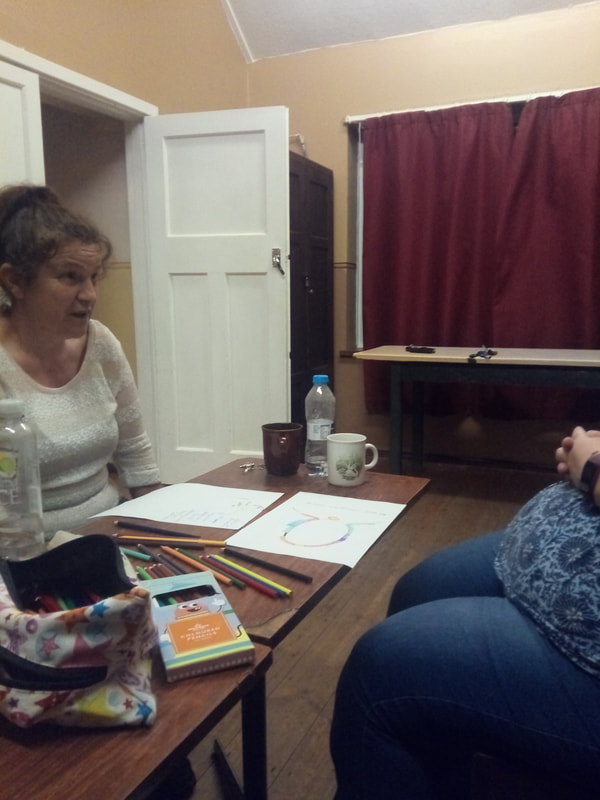 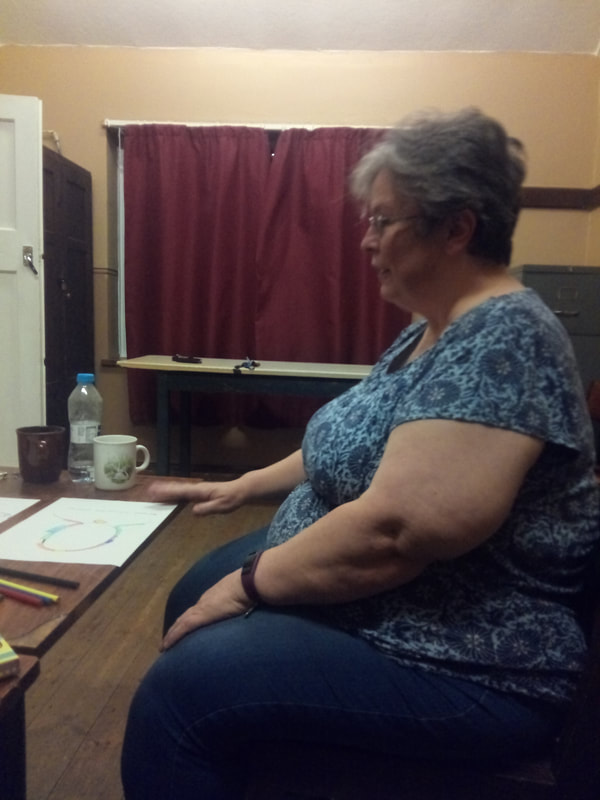 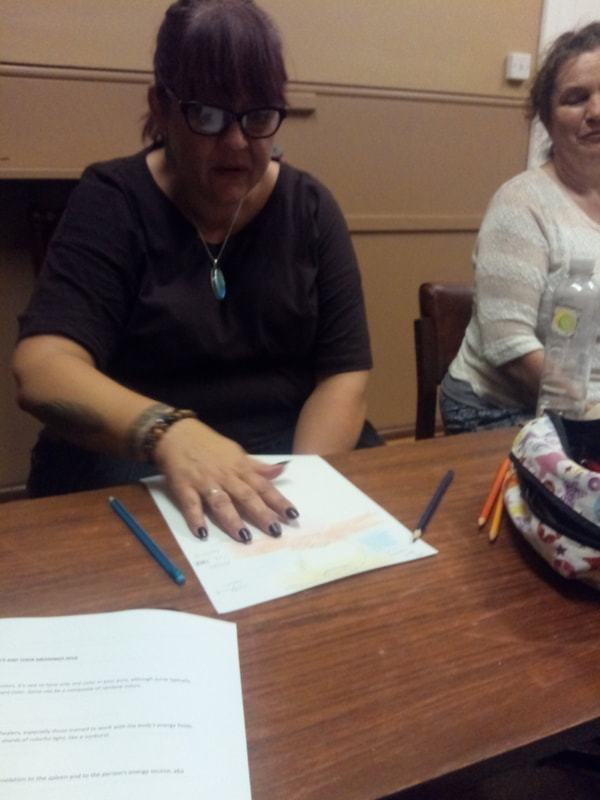 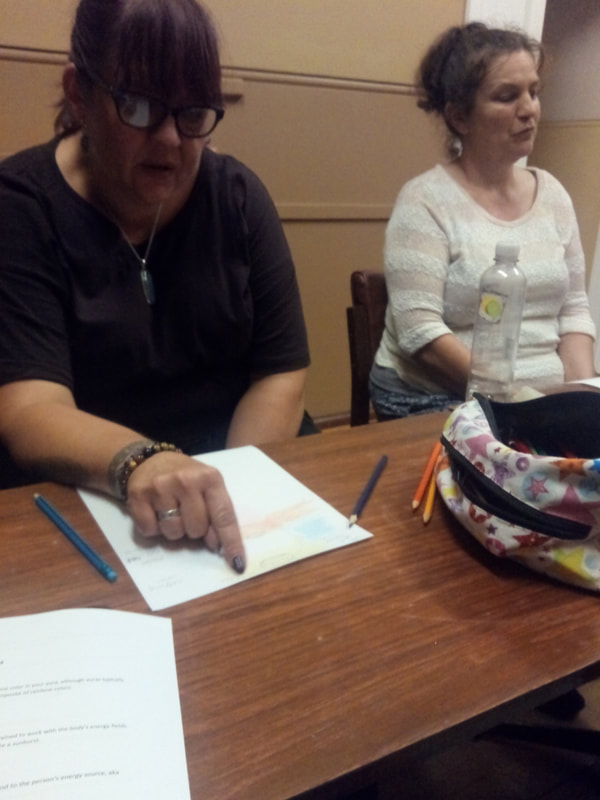 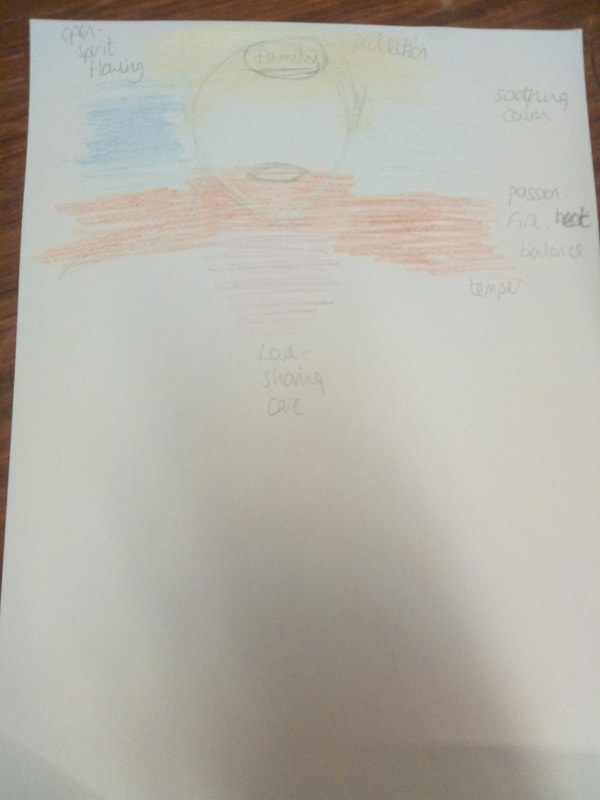 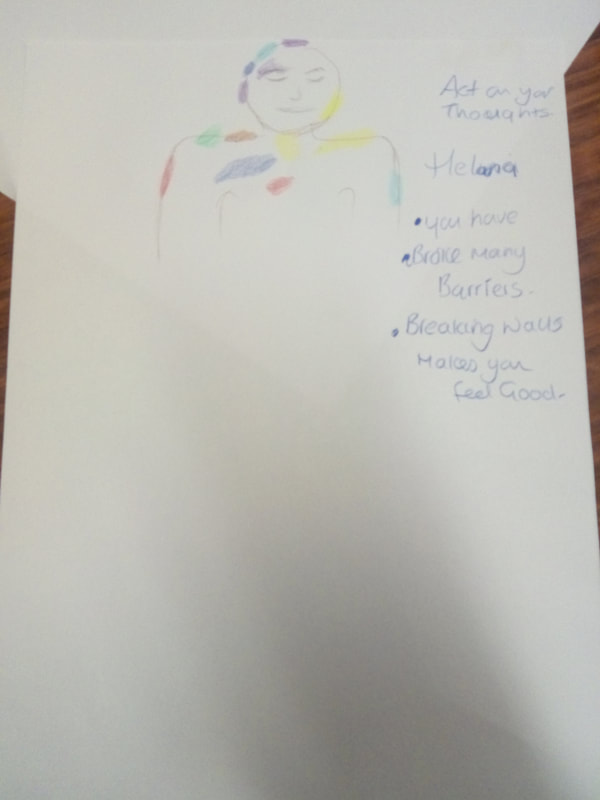 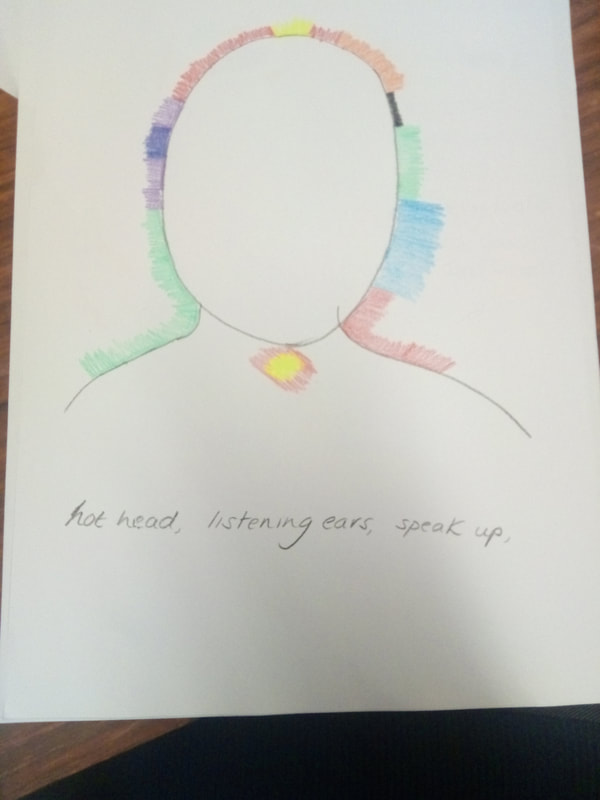 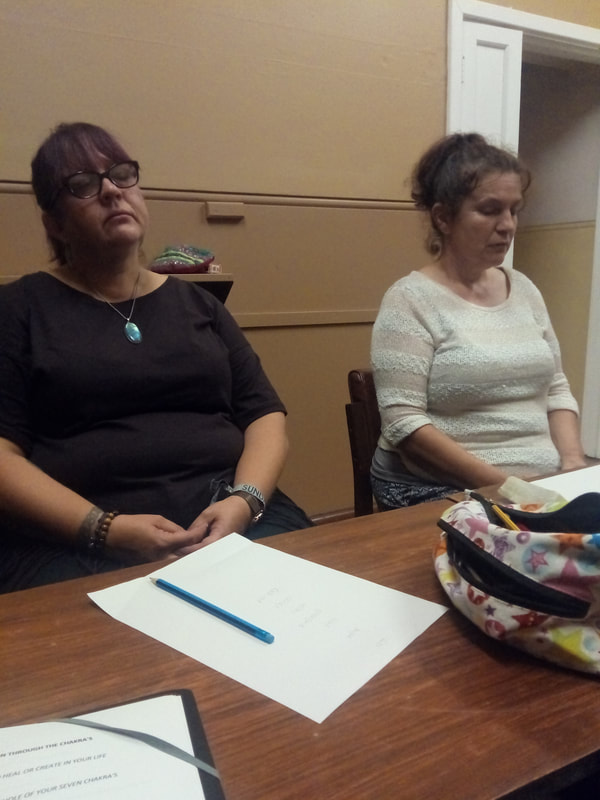 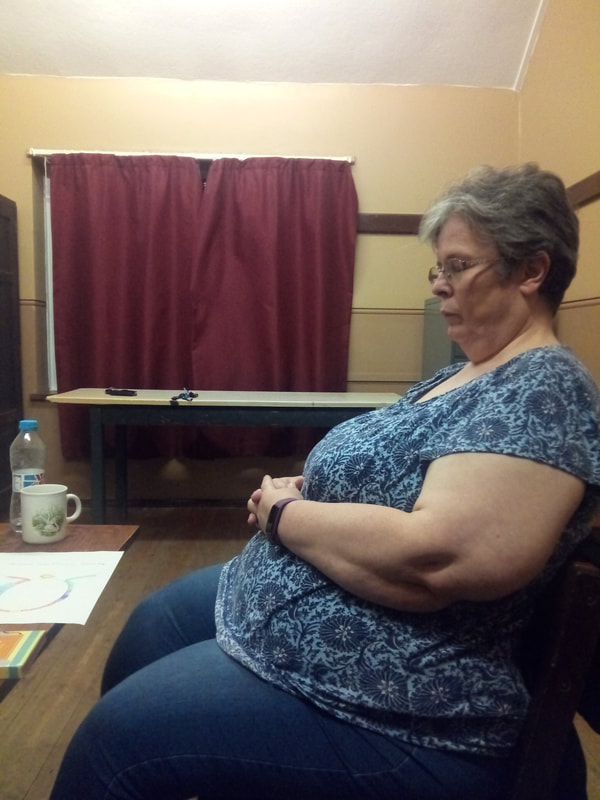 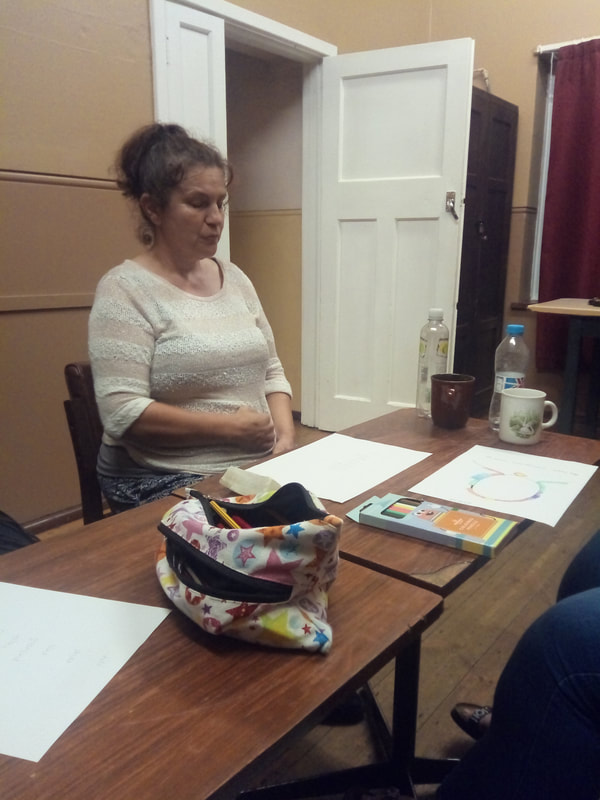 ​Members focused on the area around my head and shoulders and tuned into the energies around to see what coulars they picked up and interpreted the coulars of the Aura after which I compared their interpretations to the information I had , all their information was very similar. Diane however was drawn to seeing shapes . 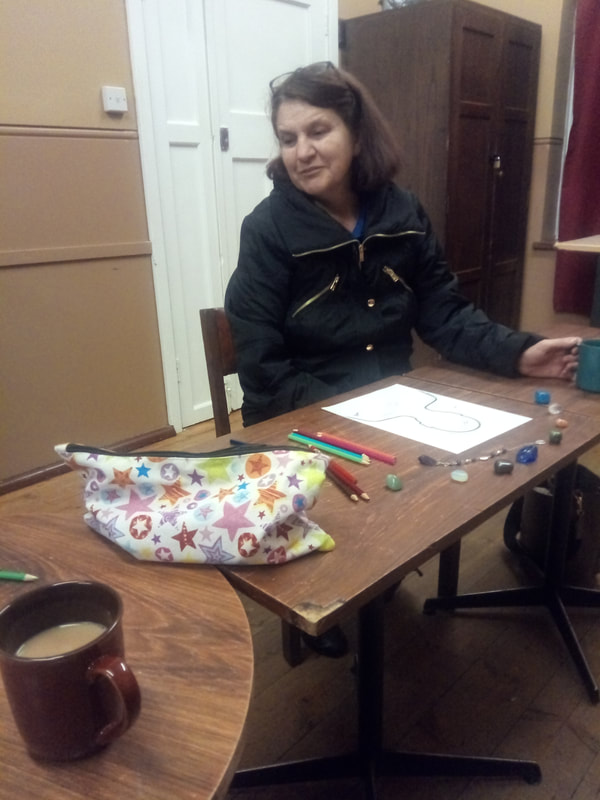 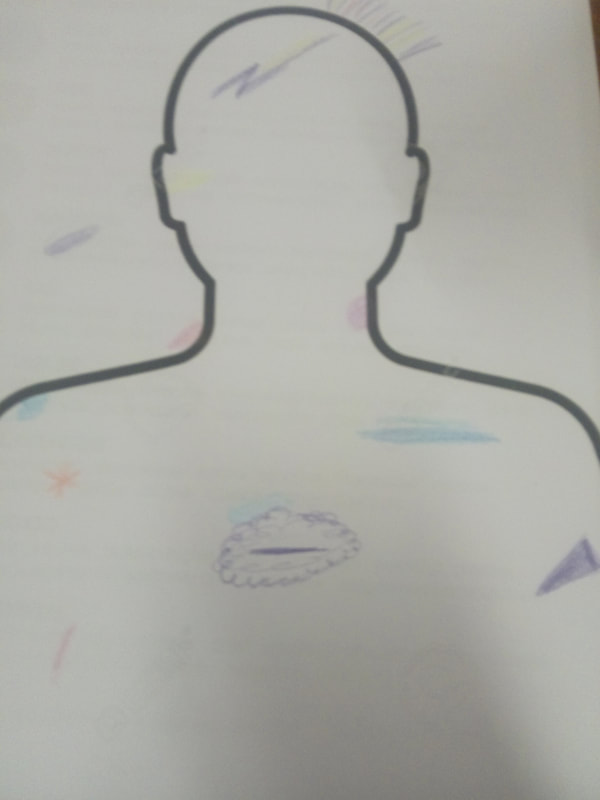 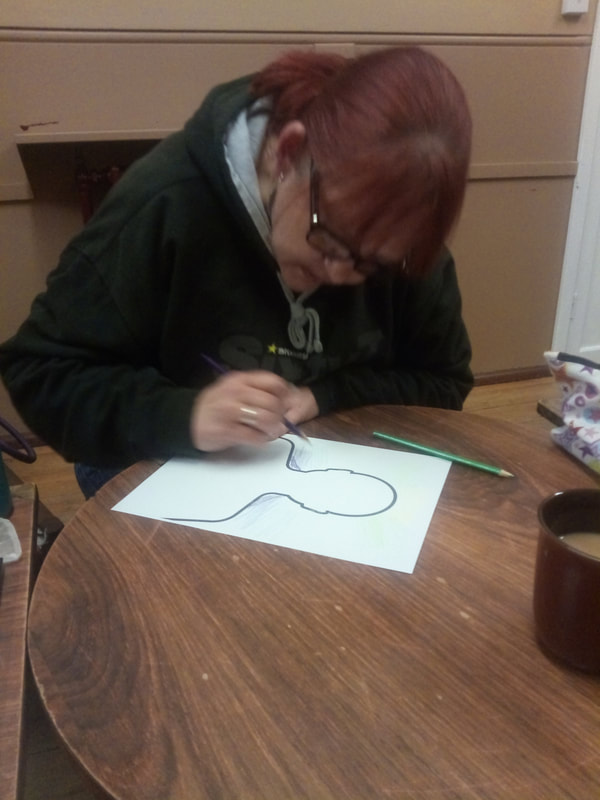 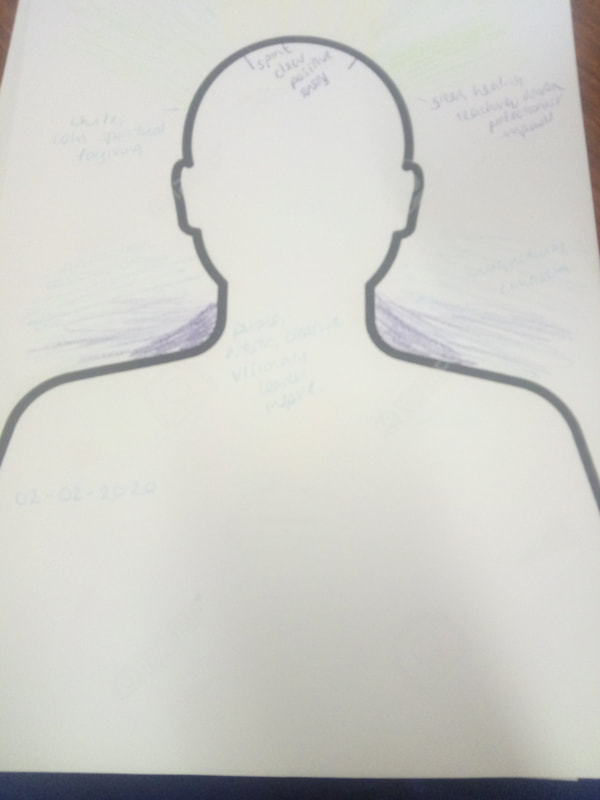